The Americans with Disabilities Act (ADA) was approved in 1990, which has turned the lives of millions of Americans upside down.

Leaving no one behind

Thanks to ADA, more and more people with disabilities are promoted in careers by working alongside non-disabled colleagues in offices and business centers across the country.

At a White House ceremony on July 25, President Obama praised the law, which provided Americans with disabilities with the guarantee that they could be full members of their communities. 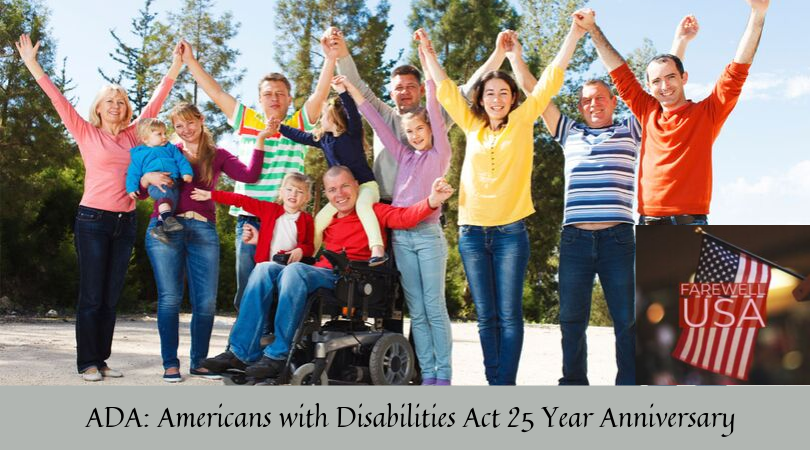 Thanks to ADA, the places that are part of our common American life — schools, offices, cinemas, courthouses, buses, baseball stadiums, national parks can really be used by any person. Millions of Americans with disabilities have a chance to develop their talents and make their unique contribution to the world.

Thanks to them, America is becoming stronger and brighter; the country got better with ADA. All of the above factors are the achievements of this exact law. One of the strongest advocates of ADA-compliant access is Secretary of State John Kerry, who speaks about the benefits of ADA not only for working people with disabilities but also for the communities in which they live.

By making the United States more accessible to all citizens, the ADA has raised the expectations of people with disabilities about what they can hope to achieve in work and in life. The law inspires the world to address disability through the prism of equality and opportunity.

An exceptional society is a stronger society because it relies on everyone’s talents and contributions. ADA gives a signal that this Act will not leave anyone behind, absolutely nowhere.

In the 25 years since ADA became accepted, U.S. construction standards have changed. Now new public buildings are required to be accessible to all, and old buildings to be modernized with ramps and other design features to provide access.